Afghan Loya jirga goes ahead to release of Taliban prisoners

A meeting of Afghan elders on Sunday approved the release of about 400 prisoners, including many involved in attacks that killed hundreds of Afghans and foreigners.

The Afghan Loya Jirga decided to release Taliban prisoners after a three-day session. It was also decided that a jirga consisting of tribal elders would be formed to discuss various issues.

"In order to start peace talks, stop the bloodshed and remove obstacles to the well-being of the people, the jirga approved the release of 400 prisoners at the request of the Taliban," one member told the gathering.

The resolution states that any foreign national among the detainees should be extradited to their respective countries. The decision of the Via Jirga has removed the last excuses and obstacles in the way of peace talks. "We are on the path to peace talks," said Abdullah, who has been appointed by the government to lead talks with the Taliban.

The fate of the prisoners has been a major obstacle to the start of peace talks between the two warring parties, who have pledged to complete the prisoner exchange before the talks begin. He said the Afghan government had released about 5,000 Taliban prisoners. What's more, authorities have vowed to release the final prisoners at the Taliban's request.

Many detainees have been charged with serious crimes, with more than 150 on death row, according to an official list viewed by AFP. There is also the group, which is particularly concerned about the role of the United States and other countries in "high-profile" attacks.

US Secretary of State Mike Pompeo called for the release of the detainees, acknowledging the decision would be "unpopular". 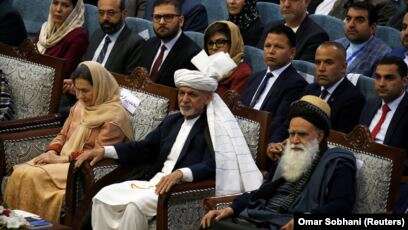