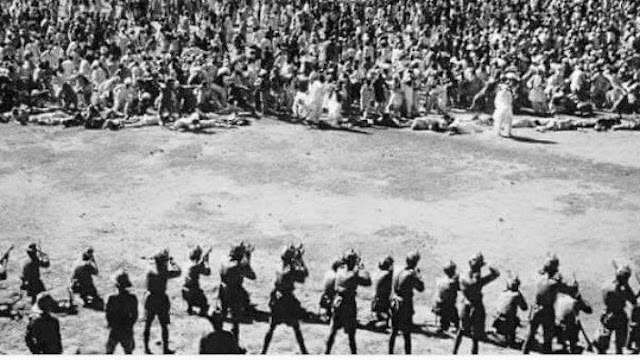 Why it was done? Who did this?  what did get from that massacre? These are questions that stagger my mind, and I want to find the answers. This will be a risk for me because if you want answers like that, you should be in the list of Traitors.

Countries born as a result of  partition having their origins rooted during the state of tumult and disorder often need to face prolonged leadership problems and confusion regarding their political trajectories. Pakistan is unfortunately one among them.

Pakistan has been continuously fighting wars since its independence. It had ethnic insurgencies also as numerous economic and social problems that have culminated into a crisis today. It  had leaders that are mysteriously assassinated and after that never to be heard of again. Many of the people even argue that the league's own leadership was infiltrated by some venal and greedy politicians. Some even call it the "Lost piece of land" (now Pakistan) that was given to Muslims.

One of the various tragedies in the history of Pakistan, that reflects the worst of human nature and shows how barbarous rulers will be to a nation without a father, is that the massacre of Babarra.

It was 12th of August 1948, in N.W.F.P (now Khyber Pakhtunkhuwa) Dr. Khan Sahib was in government, This government was dismissed and  the leader  Muslim League Abdul Qayyum Khan was nominated as the Chief Minister of the N.W.F.P.

The Provincial Governor promulgated new ordinance  in July 1948. by which the nominated government was authorized to detain anyone and confiscate their properties, without  the explanation of reason for arrest. The prisoner  wasn't allowed to challenge his arrest in court.

The activists of "Khudai Khidmatgaar" decided to lead a peaceful procession march from Charsadda to Babarra on 12th of August 1948 and protest against this inhuman ordinance. The news about march were announced ahead in newspapers, and all participants were asked to come empty-handed,  to not even hold a stick and to gather in Charsadda and march peacefully to Babarra. Thousands of  ‘Khudai Khidmatgaar’ participants, including young, old and middle-aged men and ladies, marched peacefully towards Babarra grounds.

They were already informed of police presence, but did not know what will happening ahead. They continued the march towards Babarra ground. When they reached the ground, the police opened fire on them. The crowd in march was so large, that despite the shooting, the march continued towards the ground. But after consistent shooting, some people were reported dead and some of them drowned in the river.

Some women, after witnessing the gruesome massacre being perpetuated, are remembered to possess rushed to the Babarra ground bearing the Holy Quran on their heads in an endeavor to prevent the police from firing.

That was the way that unarmed men and women of all ages were massacred. Their dead bodies were thrown into the Kabul River and when the police left back, the bodies were recovered by their loved ones and taken to the Charsadda Baazaar.

The families of those injured and killed were fined. That the bullets of this government were spent on killing their people.

After that, then the Chief Minister, Abdul Qayyum Khan gave a statement in the provincial assembly on September 1948.

“we imposed Section 144 at Babarra. When the people did not disperse, the shots were fired at them. They were lucky that the police’s ammunition ran out; otherwise not a single soul would have survived”

Then mentioning at the four members of the opposition in the provincial assembly, he said:

“If they were killed, the government would not have cared."

The president of Awami League Suharwardy, said in a large gathering in Dhaka in 1950, that event of Charsadda  massacre surpassed the 1919 massacre committed by British at ‘Jallianwala Bagh’.

Why it was done? Who did this?  what did get from that massacre? These are questions that stagger my mind, and I want to find the answers. This will be a risk for me because if you want answers like that, you should be in the list of Traitors.

We like to celebrate Independence Day and we should celebrate, but we don't prefer to think  about pre-partition politics and the initial dramas politics in Pakistan. We don't read it through an unprejudiced and unbiased eyes.  Our understanding of history goes through an 'ideological prism' which greatly clouds our judgment. 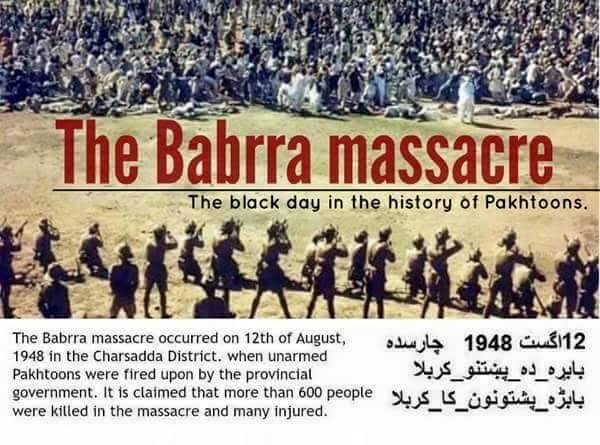