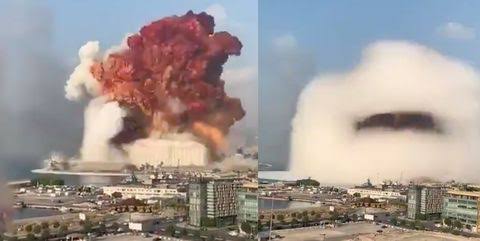 The world has not yet fully recovered from the deaths of the Corona epidemic, nor has it yet been able to announce its final vaccine anywhere. Suddenly the air in Beirut become sad because of the heavy blast, and writers have been able to write for weeks. Many aspects of this great and horrible accident are so mysterious that it will take a lifetime to reach its reality. That the world has not learned a lesson from Corona's deaths and that the market for oppression on this earth seems to be heating up more than ever. In this region, once again, the warring forces will be entangled in the flames of war, where sectarianism will erupt. There is a strong possibility of an endless series of looting the resources of these countries in the name of supplying weapons.

The colonial powers have changed the course of their aggression. Apart from many conspiracies in the Muslim Ummah, they have decided to use the weapon of the monster of sectarianism. For which the media from all over the world will be their full support and especially the use of free social media has really turned the world into a village. Where any event in the world is received in a few moments. That is why most of the videos on social media that were saved by home cameras after a few moments of explosions at the port of Beirut. It immediately created a wave of fear and shock around the world, but at the same time it is now full of false news and rumours. It was initially described as an explosion at a fireworks factory. But later a terrible explosion took place and it was named as a nuclear explosion. Because in the footage, seeing a cloud of white mushroom-like smoke rising, everyone's attention went that way. Because the atomic bomb was reported from an authoritative Twitter account. It had more than 100,000 followers and was shared and liked thousands of times. However, this tweet was later deleted. Weapons experts immediately responded to the tweet, saying that if it had been a nuclear explosion, it would have produced a dazzling light as well as heat that would have burned people badly. Similarly, a cloud of mushroom-like smoke is not just caused by an atomic bomb. According to experts, this type of smoke cloud is also formed due to the pressure of moisture in the air, which cools the water in the air and forms a cloud. 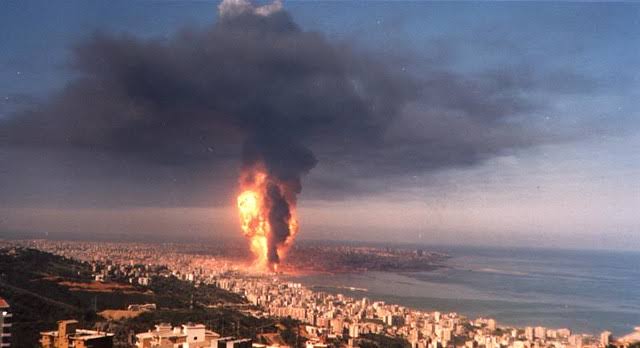 Rumours of a possible attack were rife after US President Trump called the incident a "terrible attack" at a White House press conference. Another social media post made baseless claims that Trump had already been warned about the blast. Research by the Institute for Strategic Dialogue found that President Trump's comments were shared and edited by far-right groups on social media. And there was an attempt to give the impression that the blast was a terrorist or a bomb attack. Meanwhile, far-right conspiratorial groups, including Kyu Anan, began spreading false news and information about the blast on Facebook. That attack is linked to the war between the government and the central banking system. Qiu Anan is a widely spread baseless conspiracy theory that the Trump administration, business and media are waging a secret war against the devil worshipers who abuse children.

Similarly, immediately after the bombings, the United States, Israel and Hezbollah were blamed on social media for the attack. These tweets were shared on social media by news personalities supported by various groups as well as public figures. According to research by the Institute for Strategic Dialogue, these conspiratorial ideologies were also promoted by far-right groups on social media messaging platforms such as Facebook, Four China, Reddit and Telegram. The messages focused on false claims that it was an Israeli bomb or missile attack aimed at destroying Hezbollah weapons depots. Proof of this was made by sharing pictures of Israeli Prime Minister Netanyahu's address to the 2018 UN General Assembly session, on social media. Lebanese and Israeli officials have denied the allegations. That Israel has something to do with the incident, although these images were real and accurate, but they were used out of context. The Israeli prime minister, citing another district in Beirut, claimed that Hezbollah had hidden weapons there. The site of the blast is a few kilometers north of the site which was referenced on the map by Netanyahu۔

Another report says that about 3,000 tons of ammonium nitrate was brought by a ship six years ago. And stored in a warehouse. Ammonium nitrate is a crystalline white solid substance that is widely prepared for industrial use. It is mostly used to obtain nitrogen in fertilizers but is also used to make explosives for mining. According to Andreasella, a professor of chemistry at University College London, "you can't find ammonium nitrate in the ground because it's synthetic. It is made from a chemical combination of ammonia and nitric acid, and if left for too long, cracks can appear. This is because over time it absorbs moisture and hardens like a rock, which makes it dangerous because it means that there can be a severe chemical reaction when it comes close to fire. Super Sank Shock Waves spread rapidly in the air and you can see it spreading out of the center like a round cloud. When ammonium nitrate explodes, it releases toxic gases, including nitrogen and ammonia gas. Orange smoke clouds are caused by nitrogen dioxide, which causes air pollution. If the wind blows too much, it becomes a danger to the people nearby The blast in the port area on Tuesday evening was caused by the same chemical, which has so far killed 113 people and injured more than 4,000. According to initial reports, the blast has cost Lebanon 15 billion, and they also appealed for help 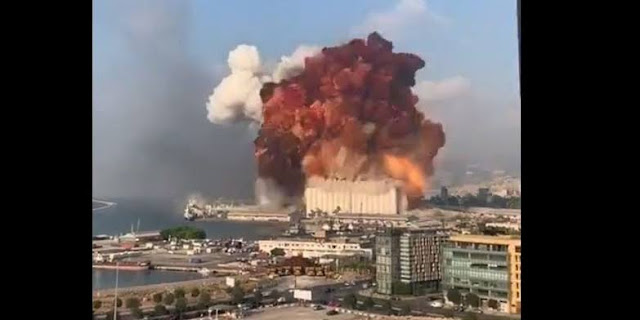 Philip Ingram, a former senior military intelligence officer, told that the longer ammonium nitrate stays in place, the more likely it is to become contaminated with fuel-like substances.it produce and chemical reaction. It creates heat on its own and once it starts, it keeps increasing over time.Videos of the Beirut bombings show smoke rising from the fire and a mushroom-like cloud that is usually seen at the time of a nuclear explosion. "Shock waves are caused by air pressure," he explained. The air expands rapidly and cools immediately and the water in the air condenses, causing it to form a cloud. Due to its powerful explosive capacity, forces around the world use ammonium nitrate in explosives. It has also been used in a number of extremist attacks, including the 1995 bombing of the US state of Oklahoma. In the incident, "Timothy McVeigh" used two tons of ammonium nitrate to make a bomb, which destroyed a federal building and killed 168 people.

The deadliest industrial accident in US history took place in 1947 in Glastonbury, Texas, killing at least 581 people. In the incident, 2,000 tons of chemicals were exploded in a ship anchored off the coast. In 1921, 4,500 tons of ammonium nitrate exploded at the Opao plant in Germany, killing more than 500 people. A recent explosion at the northern Chinese port of Tianjin killed 173 people with ammonium nitrate and other chemicals. Looking at these incidents in the past, it can be estimated that the recent explosion in Beirut was also due to these reasons.