Madrid (August 08, 2020) Former Spanish King Carlos is missing after a mysterious departure from the country. The Spanish newspaper claims that King Juan Carlos is currently staying at the Emirates Palace, the world's most expensive hotel. Four days after the mysterious departure of former Spanish King Juan Carlos following a major corruption scandal, it is still unclear where he is. The Spanish government has insisted that Juan Carlos is not a fugitive. According to media reports, there has been intense speculation in the European country for the past four days about the whereabouts of former King Carlos after he left the country.

The newspaper ABC, which is generally considered to be very knowledgeable about the Spanish royal family Juan Carlos is currently hiding in the UAE state of Abu Dhabi, where he has friendly relations with Sheikh Mohammed bin Zayed Al Nahyan. According to the Spanish newspaper, the father of the 81-year-old former king and current king of Spain Felipe VI left the city of Vigo in north-western Spain on Monday for Abu Dhabi on a private plane. The newspaper also wrote that Juan Carlos is currently staying at the Emirates Palace, which is the most expensive hotel in the world. 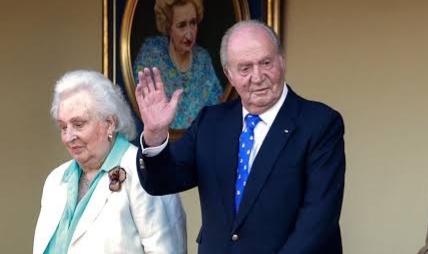