The Quran is an Arabic word which means ‘to read’ or ‘to recite’.

Quran is defined as ‘the instructions of God for the betterment of humanity revealed orally on the final Prophet during a period of 23 years’. It is believed to be the last of Holy books.

Why we need Quran?

The Quran is the sacred book of Muslims and the foundation of Islam. It is the last Divine scripture revealed to Holy Prophet (SAW) over the course of 23 years through the archangel Gabriel (Jibril).It was revealed in portions and not as a whole book. Quran is basically a complete code of life. Since human abilities are limited, thus the information acquired by these senses are also limited. The perception of Allah is limitless and His powers has no boundaries and to understand that we have limited abilities. Therefore where our brains stop working and our understanding of the universe hits a brick wall, that is where revelations arrive which explain the unseen and talk about the unheard. Quran is the metaphysical source which explains metaphysical world of God and angels and demons.

The Arabic word for Revelation is Wahi derived from the word Ahwa.

The Holy Quran was not revealed as a complete book nor did Allah hand over a written form of it to the Prophet Muhammad (PBUH).Allah revealed the Quran in the form of revelations or Wahis according to the ongoing situations and in accordance with the needs of the new Muslim community that was forming at that time.

The Quran is the greatest gift of Allah to the mankind. Its purpose is to guide humanity to the straight path, to awaken human conscience and to enlighten the human mind. It is the actual word of Allah and human imagination cannot produce something so profound. The Quran is basically divided into 114 chapters which are called Surah in Arabic. Its meaning is degree or a step. Sometimes whole Surahs were revealed while other times its was revealed in parts; the longest among these Surahs is Surah Baqarah and the shortest is Surah Kausar.

All Surahs except the last thirty five are divided into Ruku and each Ruku deals with a specific subject.

The Surahs are made of Ayats which literally means signs. All Surahs begin with “In the name of Allah the Beneficent , the Merciful” with the exception of Surah Tauba.

For the purpose of recitation, Quran has been divided into thirty equal parts called Juz.

Each of the Juz are sub-divided into four equal parts. Another sub-divison into same parts are called the Manzil.

The Makki Surah are brief. They deal with belief in Allah, moral character and contain invitation to virtue.

At the time of the Prophet Muhammad (P.B.U.H)’s death, no official copy of the Quran existed and perhaps no one possessed the complete written text.

During the khilafath of Abu Bakr (R.A) , some people in the country claimed themselves as prophets. These apostles were causing serious unrest among the people which forced Abu Bakr to wage war against them. Many companions of the Prophet(PBUH), who had committed the Quran to memory were martyred in that battle known as the battle of Yamama. It was therefore advised by Umar (RA) that since the generation which has memorized the Quran will slowly depart from this world, that is why the government should take up the responsibility of preserving the Quran for the next generation so that it doesn’t meet the same fate as the rest of the scriptures that came before. Abu Bakr (RA) hesitated at first because Arabs were an eloquent people with good memories and didn’t believe in writing down knowledge but later on he also agreed.
“Umar went on persuading me to accept his suggestion till I was convinced that he was right so I accepted his suggestion.”   Abu Bakr(RA)
Abu Bakr(RA) directed Zaid Bin Sabit to collect Quranic verses from every part of Islamic empire and compiled them in a book form. A commission was appointed headed by Zaid Bin Sabit, traced out and collected the chapters of the Quran from every person who had it in their possession. He collected it from palm leaves, stones, pieces of wood and people who had committed it to memory. The script prepared by Zaid Bin Sabit (RA) remained with Khalifa and after his death was transferred to Umar (RA) and after his assassination, it was transferred to Hafsa (RA).This copy of Quran came to be known as “Mushaf Al-Hafsa” I.e. Hafsa’s copy of the Holy Book.

The Khilafath of Hazrat Umar (RA) saw a phase of quick conquests. After the conquests of Syria and Iraq, the people of different regions started reciting Quran in their own different dialects. This disturbed Huzaifa bin Yalman (RA) who advised Uthman (RA) to take immediate action to remove such differences which might go on to cause rift and confusion among Muslims of different regions. Accordingly Uthman(RA) acquired a copy of the Quran prepared by Zaid Bin Sabit (RA) along with three other knowledgeable Muslims who assisted to make copies of Quran groom the original text. The Quran was read out aloud in in Prophet Muhammad (PBUH)’s time  so that not a shadow of doubt remained in the mind of anyone that changes had been made in it.
These copies were then distributed in every province’s capital city of Muslim state with the instructions that in future copies should be made only from the official authentic text.Uthman (RA) also ordered that if anyone had a copy with different text, it was to be destroyed by fire . Uthman (RA) is also known as “Jami-Al-Quran”. This means that he brought the Muslims around to a uniform reading of Quran. The Quran that is being read today is the sa,e as in the time of AbuBakr(RA).Nothing has been added or removed from it. The arrangement of the chapters and verses are in same order as proclaimed by the Prophet Muhammad (PBUH) in accordance with divine injunctions.

HOW QURAN IS A MIRACLE:

Quran is a miracle Allah bestowed upon the Holy Prophet(PBUH),Every prophet of Allah was bestowed with a miracle befitting into his era. During the Prophet(PBUH) era, the people of Arab were eloquent poetsso the book bestowed upon Muhammad (PBUH) was a miracle as it was written in a superior form of speech that left all of the great poets of that time speechless. Secondly, it’s a miracle because it’s the word of the God himself. Thirdly, this book was revealed on Muhammad(PBUH) who was basically an unlettered person. Quran has explained the world around us even before the start of time and even before science. Even scientist refer to Quran to discover new things about the universe. Quran is the same throughout the world. It is memorized by people from different walks of life and different countries with different languages. Similarly, Quran had predicted many incidents which were at that time considered impossible but came out to be true.
“If all of the Qurans were thrown in an ocean, the Quran could be produced all over again. We could bring a Chinese’s Hafiz, a Russian memorizer, an American memorizer of the Quran, a German memorizer of Quran who won’t even know each other, they would all come together and in two days they could all recite simultaneously and the Quran is back”. 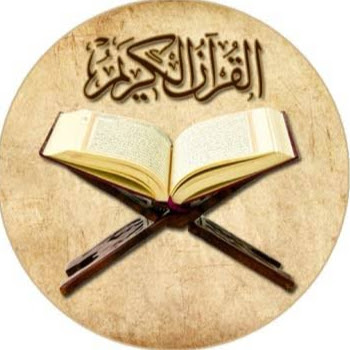