•Tapa is the shortest, most   comprehensive, attractive, lyrical form of folk poetry in Pashto literature. Pushtoon people feel proud of tapa because this genre can be hardly, found in any other language however Maheya of Panjabi language is the replica of Pushto tapa.

( I will miss you dude, If she is standing on the towers of heaven)

Historically, Pashto’s Tapa is the oldest and most popular genre of Pashto folk poetry. The first ever know Pushto’s tapa is:

(Come out Moon, my friends is cutting flowers, will cut fingers)

Role of Pushto Tapa in war

During the war time Pushton wives would sing tapas for their husband, before they were leaving for     war, in order to encourage to fight well in the war.

( If not martyred in Maivand,  Dear Love keep me safe from this shame)

customs and way of life.

As every literature reflects its society in which it is existed, so, on the same way Pushto tapa tells

us about its culture and custom and way of life. As-

(It is true that both are Pashtuns, you have Shawl and I have large mouthstache.)

(God bless the rain, when the shawl is wet and she becomes necessitous for mine)

As Asia was the colony of British Empire, so, when British ruled us, the Pushton women would sing to resist their power or ruling over them, which may come under the umbrella of post colonialism. As in the following Tapa:

(Malakand is on fire, my love wake up, the Britishers have arrived)

Pushto tapa as the representation of Pushton history.

Pushto Tapa tells us the history and historical events of Pushtons.

It tells us about the battle of Meivand.

This tapa is about Sher Alam and Memonai, he killed her because she gave tobacco to a stranger

at night, when he was not at home.

Tapa was the first way of expression in Pushto literature.

Tapa was the first way for expression in Pushto literature, people would express their love, feelings

and emotion. As such things are seen in following Tapas.

(The mad girl then lit the oven, the sound of bread goes till tenth village)

(If you are married to your cousin, I will kill myself sadly)

Tapa as way of consolation:

The Pushton women would sing tapa in order to console their family members who stay away.

(My love is dying in abroad, Move his face to his country to die easily)

Nowadays, tapa is basically sing for peace, it is the belief of Pushtons that tapa is a, a symbol slogan to condemn war and weapons, guns etc. As

(Black gun, be in  fire, my love is in the grave because of you)

¨  Pushto tapa also shows the ability of female that they can do what men ca. As Bacha khan Baba was of the opinion, ‘’ A society without women, is like riding on bicycle with one wheel.

(If the young boys are not enough, Dear country, girls will win you) 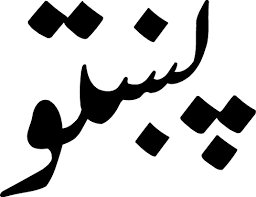