In recent days, you may have heard many times from government officials in Pakistan that "the corona virus epidemic has been brought under control in Pakistan." Bill Gates, one of the richest men in the world, seems to be doing the same.

A tweet shared from the Twitter handle of the Pakistan Tehreek-e-Insaf (PTI) claimed that regarding the spread of Corona virus in Pakistan and India, Bill Gates said that the number of victims in Pakistan is decreasing while the number is increasing in India.

A tweet from the political party's account said: "This is the difference between Prime Minister Imran Khan (a great leader) and Narendra Modi who spreads hatred.

When asked, "What's so significant about a corona virus worldwide?"

Host Farid Zakaria asked him, "There are examples in the world of countries like Sri Lanka and Pakistan, especially Pakistan where, to my knowledge, they have done nothing to control Corona. Of course, there are many victims' reports." It may not have happened, but the death toll in Pakistan is still very low. In addition, we have examples from countries like Vietnam and Taiwan, and on the other hand, the situation in Italy and New York. So looking at all this, can you draw any conclusions about the nature of the virus?

Bill Gates said that the countries where the SARS virus has already spread have understood that if the respiratory epidemic comes again، and since they have been able to catch the virus faster than in the United States. That's why the number of people infected with human-to-human transmission is low, and the best examples are South Korea or countries like Vietnam, which have the best health care systems.

"We believe that people living in Southeast Asian countries had better immunity to the virus, so the virus didn't spread much there (in addition to the fact that these countries had a much younger population," he said.

Referring to Pakistan, Bill Gates, while showing a graph of the situation from January to August this year, said: “The rate of COVID 19 victims in Karachi has been very alarming. But now there is a situation like in Europe and the number of victims has decreased but I have to say sadly that India still has a situation like South America.

So that was the whole conversation, now you can figure it out for yourself. Whether Bill Gates praised Pakistan or not 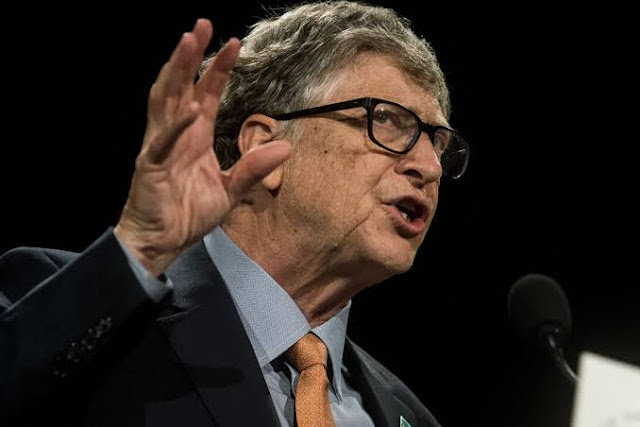