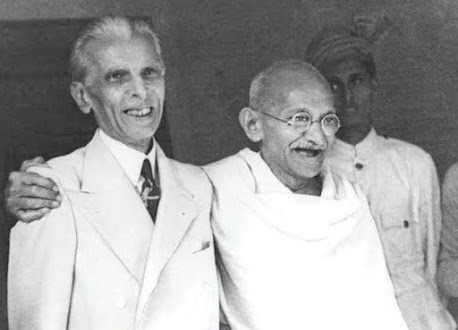 Jinnah's prayer for prosperity and peace for India

I pray for peace and prosperity for India, ”Jinnah said in a press statement on his way to Karachi. I say goodbye to the citizens of Delhi, including many of my friends from all walks of life. I urge the people of this great and historic city to live in peace. The past must be buried. Let's make a fresh start in the two new states of India and Pakistan. On not thanking everyone individually, Mr Jinnah said: "I am grateful to all the friends who have sent messages of good wishes, but I could not thank everyone individually because of the pressure of work. Has increased due to important issues that came up during. We hope our friends will forgive us.

Nominated Governor General Quaid-e-Azam Jinnah left for Karachi with his sister Fatima Jinnah at 12:45 pm. The time and place of Mr Jinnah's departure were kept secret. The Viceroy's Dakota plane in which he travelled, departed from Palm Airport an hour and a half earlier than scheduled. Mr Jinnah drove to the runway with his sister Fatima Jinnah and personal secretary Khurshid. Mr Jinnah was accompanied by his two ADC Navy lieutenants SM Ahsan and Flight Lieutenant Rabbani. Mr. Khurshid will stay here for two more days. He is expected to leave for Karachi on Saturday. Among those who said goodbye to Mr Jinnah were Colonel Curry (Viceroy's Military Secretary), the Iranian Consulate General and some friends. Mr Jinnah drove to the plane and did not stop for the press. Getting out of the car, Mr. Jinnah and his sister stopped for cameramen, took pictures, and boarded the plane, which departed at 12:50.

His secretary later told reporters that the departure was deliberate an hour earlier because Mr Jinnah wanted to avoid a hasty ceremony. According to reports, Mr. Jinnah has sold his Delhi house at 10 Aurangzeb Road, Seth Ram Krishna Dalmia. Before leaving, many of Mr. Jinnah's friends and admirers came to visit him.

The rest of my life

I will spend the rest of my life in Pakistan, maybe in West Bengal or East Bengal, Punjab or maybe the North West Frontier Province. Mr Gandhi was responding to questions from Congress members visiting his host in Lahore. Mr Gandhi said: "I am saddened to hear that people are fleeing West Punjab and I have been told that non-Muslims are saying goodbye to Lahore. That shouldn't happen. If you think that Lahore is over or is happening, don't run away from here, but end with what you consider to be the end of Lahore.

Responding to a question from Sardar Lehna Singh, General Secretary, Punjab Provincial Congress Committee, Mr. Gandhi said that if the flag of Pakistan guarantees the rights of minorities, then everyone should accept, respect and salute the same flag. Don't hesitate to do so. "I would tell you not to reject the Pakistani flag just because it has a crescent on it," he said. However, he said that if no such guarantee is given which I have mentioned then at least I will not salute it.