Riot outside NAB office before Maryam Nawaz's appearance, government and Nawaz League blaming each other

PML-N leader Maryam Nawaz Sharif has blamed the riots outside the National Accountability Bureau (NAB) office in Lahore, Pakistan, on Tuesday. That those who threw stones at his car were in police uniforms and if they were not in the bullet proof car, I don't know how much damage would have been done.

Maryam Nawaz was summoned by NAB Lahore on Tuesday to appear before the court in connection with the Raiwand land case. However, before she reached there, a clash took place between PML-N workers and police personnel during which stones were hurled and tear gas shells and batons were also charged by the police. Although the NAB had postponed the appearance of Maryam Nawaz after the commotion, she remained outside the NAB office for a long time after the clash. His position was that if she was called, she should be heard.

On the other hand, Punjab Law Minister Raja Basharat has claimed that NAB office and police were pelted with stones by Nawaz League workers and stones were brought in vehicles with fake number plates. He said that four policemen were injured in the incident and said that strict action would be taken against those who harmed them.

At the same time, the Punjab Chief Minister has also taken notice of the incident and has sought a report from the Chief Secretary Punjab and Inspector General of Police and ordered action against those responsible in accordance with the law.

Addressing a press conference in Model Town after the commotion, Maryam Nawaz said it was clear she had been called for appearance to "harm" her. During the press conference, Maryam Nawaz's tone was very harsh. He also criticized the government's economic and foreign policies. She was apparently in a state of shock and repeatedly barred workers from chanting slogans at press conferences. 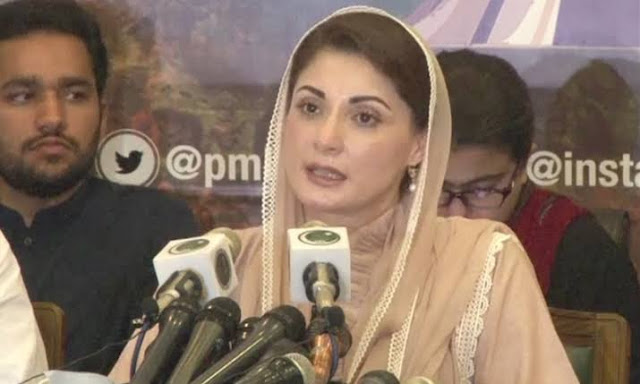