There is a lot of speculation in the Spanish media about former King Juan Carlos, who surprised people by announcing his departure last Monday.

The 82-year-old former king of Spain, who is under investigation for corruption, announced his departure in a letter posted on the royal website. The letter did not say where he was going, but some reports said he had left for the Dominican Republic on Tuesday.
However, according to a spokesman for the Dominican Republic, the former Spanish king did not enter the country. In June this year, the country's Supreme Court launched an investigation into his role in a high-speed rail contract in Saudi Arabia. Juan Carlos said he would be available if prosecutors needed to talk to him. It is a great disgrace for the former king to leave a country that, after the death of General Franco in 1975, led the country to democracy with great care and understanding. Juan Carlos abdicated in 2014 in favour of his son Philip.

What is the Spanish media saying?

Newspapers have published various news of his journey. La Vanguardia says he has moved to Portugal, where he plans to move to the Dominican Republic. According to the newspaper, some of his friends are already here. ABC reports that he has arrived in the Dominican Republic, but another newspaper says he may be in Portugal, France and Italy. El Pais is refraining from speculating.
Portuguese media, on the other hand, say they could be in the tourist destinations of Estoril or Cascais.

What is written in the letter?

In his letter, the former king wrote that he was leaving the country because some incidents in his personal life were causing a public backlash and he was leaving in the hope that his son would be able to run the affairs of the kingdom in peace.
A statement from the royal palace said, "King Philip VI has sent a message of respect and honour to his father's decision." In March of this year, King Philip VI rejected his father's inheritance. The royal palace announced at the time that annual aid to Juan Carlos was also being cut.

What are corruption investigations about?

A Spanish company has won a six-billion-pound contract for a rail link from Makka to Medina, and the country's Supreme Court has ordered an investigation into how Juan Carlos became involved in the Saudi rail project after leaving the throne. The investigation also involved a Swiss bank. Anti-corruption officials in Spain suspect that the former king has hidden some money in Swiss banks, and Swiss authorities are investigating. The Spanish government has said the law is equal for all and will not interfere in any inquiries.

A look at the life of King Juan Carlos

.Born in 1983 in Rome, Italy.
.He ascended the throne on November 1975.
.Two days after the death of General Francisco Franco Juan Carlos' role in Spain's journey to democracy at a very difficult time is much appreciated However, in the last days of his 39-year rule, he came under fire.
.He abdicated on June 18, 2014 in favour of his son Philip VI. 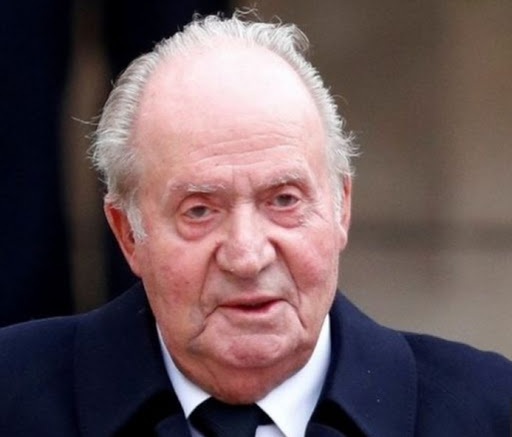