There were only four horses in Ertugrul Ghazi 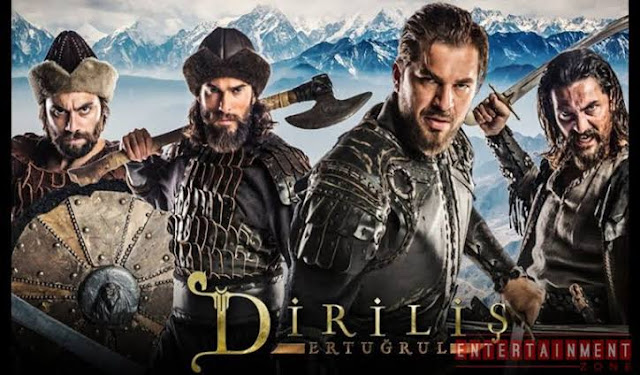 There were only four horses in Ertugrul Ghazi (drama)?

The world-famous Turkish drama serial Ertugrul Ghazi is also on the rise in Pakistan. On the contrary, the drama gained more popularity in Pakistan than in Turkey itself and the rest of the world. But at the same time, some frustrated people became jealous and annoyed by this growing fame. The expression of which is seen on media and social media every day. One of the disappointing people is Syed Noor Sahib, a well-known producer and director of Pakistan film industry who recently expressed his views on a private TV channel regarding the Ertugrul drama serial in the words that I saw nothing but four horses.

Now let's talk about some facts of this drama, the first season of drama serial Ertugrul Ghazi came on the screen in 2014. And five seasons in a row, the drama did not end with a few years of hard work. Rather, the drama serial (Karolish Usman) replaced this drama and according to reports, the history of the entire Ottoman Empire will be on air by 2023. In 2023, the agreement reached between Turkey and the outside world on the overthrow of the Ottoman Empire is coming to an end. It is a drama serial that has been translated into most of the world's languages, and has become one of the most popular dramas in various countries around the world. At the same time, the drama set a historical record on YouTube. There are 60 to 80 episodes in one season of this drama and the duration of one episode is about 1 hour. It has been observed that people watched the play with such interest that they watched 5 to 10 episodes in one sitting.

The only thing that can be sa But what about some of these so-called Western slave figures? Hobby is a matter of hobby.id after this brief introduction is that if there were only four horses in it, the public would not be in this situation regarding this drama. According to my observations, the details of what I saw from this play are as follows: A Muslim's loyalty to his religion and God, steadfastness of faith, complete trust in God, patience in hardships and gratitude to God for rewards. Strict adherence to the law, complete implementation and promotion of Islamic teachings, be ready for jihad and the word of truth at all times, treating enemies and prisoners kindly, Adherence to all the principles of Islam, Extreme courtesy and respect for Islamic rituals, great devotion and love for the scholars, Sufis, The last Prophet (SAW) and companions of the Prophet, their literature and respect and the mentioning of goodness, delivery of justice and fairness, high examples of justice, influencing non-Muslims with Islam and many such acts. Also, when it comes to the domestic and family system, there is a high point in this drama, the ideal Islamic family system is reflected, the level of respect of parents, obedience to their chief, loving children and their best training, mutual unity of brothers, sisters and relatives, The spirit of sacrificing one's home, tribe and family for the sake of Islam, encouragement to sacrifice personal interests for collective interests, practical demonstration of living individual and collective lives according to Islamic teachings, sticking to the truth and embracing death.

All these things and much more that were presented in a very polite and courteous manner. When it comes to modern technologies, every technical and modern technology has been used to the fullest. Which is amazing for the audience. However, this drama takes us to a golden past in which the faith of Muslims is at its peak. With that power, they are capable of defeating the most powerful anti-Islamic forces in the world. They create a society called the true Islamic welfare state. On the contrary, if it is said that the dream of the state of Madinah that Imran Khan has been showing us, the interpretation is the drama serial Ertugrul Ghazi.