Video conference of Mike Pompeo and Mullah Baradar, Discussion on release of prisoners

August 04, 2020
Mullah Baradar, head of the Taliban's political office in Qatar, spoke via video conference with US Secretary of State Mike Pompeo on Monday evening. The Taliban say the two leaders discussed Afghan peace and the release of prisoners. The Islamic State militant group has claimed responsibility for a prison attack in the eastern Afghan city of Jalalabad. Sohail Shaheen, a spokesman for the Taliban's Doha office, wrote on his Twitter account: He said that both sides considered the release of the remaining prisoners of the Islamic Emirate important for the start of talks. The US Secretary of State also welcomed the ceasefire announced by the Islamic Emirate on the occasion of Eid-ul-Adha. The Taliban are talking about releasing the remaining prisoners as the government convenes a consultative Loya Jirga next Friday to decide their fate. The Afghan government says the Taliban's "list of five prisoners" includes five people involved in serious crimes, and that they will not be released. Afghan President Mohammad Ashraf Ghani had said on the occasion of Eid-ul-Adha that as president he has no authority to pardon or release these people and that is why the matter was referred to the Consultative Loya Jirga. The Taliban say they have talked to Mike Pompeo about releasing the remaining Taliban prisoners. Another Taliban spokesman, Zabihullah Mujahid, told the media in a statement that the Taliban had not violated the ceasefire anywhere in the past three days and had only stopped the construction of Afghan security forces checkpoints.

Although the first two days of Eid were relatively peaceful, four people were killed on the third day of the attack on the Jalalabad provincial jail, in addition to the four attackers. However, ISIS has claimed responsibility for the attack. But a spokesman for Afghan President Mohammad Ashraf Ghani, Sediq Sediqqi, told a news conference in Kabul on Monday that security agencies would find out later who was behind the attack. Local officials say. Several prisoners who escaped during the attack have been rescued, but a member of Nangarhar's provincial council says many political prisoners have escaped. Provincial sources told that hundreds of detainees have not been identified since the attack and are thought to have escaped. Nasir Kamwal, a member of Nangarhar's provincial council, said his reports indicated that most of the fugitives were political prisoners. 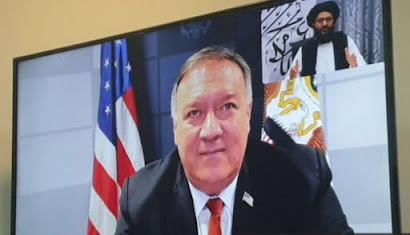