Where does Pakistan stand in the India-China conflict? 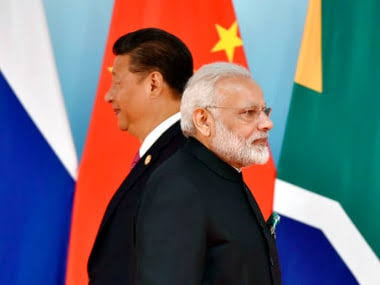 In his book Beyond the Lines, Indian journalist Kuldeep Nayyar writes that when war broke out on the Himalayan border between China and India, the Shah of Iran sent a copy of a letter to the then Prime Minister of India, Jawaharlal Nehru, which he sent to Pakistan. Wrote to Ayub Khan, President of Pakistan.

Later, President Ayub said in a statement that external powers should see to it that Pakistan's not to take advantage of India's weakness is in fact a form of generosity as well as assistance by Pakistan. Kuldip Nayyar wrote about his conversation with Muhammad Ali Jinnah, the founder of Pakistan, at Law College Lahore, when he asked Jinnah what Pakistan would do if a third power invaded India. So Jinnah replied that the Pakistani soldiers would fight alongside the Indian soldiers.

By mid-1961, Chinese troops had entered Indian Territory about 70 miles west of the Xinjiang-Tibetan border. Earlier in 1960, General PN Thapar, India's Chief of Army Staff, wrote a letter to the government stating that India's war equipment was in such poor condition and in such small quantities that it was China or Pakistan anyone from could have defeated them and entered India. Nevertheless, China managed to capture about 15,000 square miles of Aksai Chin from India. If we look at India's defence situation, it still considers itself weaker than China. Now, once again, tensions between the two countries are on the rise and once again Pakistan is watching the situation between the two countries "carefully".

Recent tensions between the two countries culminated when 20 Indian soldiers were killed in a clash between the two armies in the Ladakh region in June. The area where the clash took place is of great importance to the region as it is the meeting place of the three countries namely India, Pakistan and China.

Where does Pakistan stand in the India-China conflict?

The Government of Pakistan considers the decision taken by the Indian Government on August 5, 2019 as the basis for the dispute between India and China. Under this decision, while the special constitutional status of Indian-administered Kashmir was abolished, an important decision was also taken with regard to Ladakh. China, meanwhile, had earlier warned India in a statement that changing the status of the Ladakh region would not be right. Pakistan not only supported China's statement, but in return China has consistently sided with Pakistan on the issue of Indian-administered Kashmir in the UN Security Council. In the two sessions on Kashmir held after August 5, 2019, China supported Pakistan.

Recently, one year after the incident, China once again give the lead in Pakistan’s stand. But at a time when China does not want another Cold War and wants to promote the Belt and Road Initiative, Pakistan wants China's support in economic road cooperation.

Senator Mushahid Hussain Syed says that Pakistan will side with China on principle. India is wrong and knowing that Pakistan will not support India, but it is right if it can be resolved through dialogue. Otherwise, India desperately needs to reconsider its egoistic policy in the region.

At the same time, some people are claiming that Pakistan and China have supported each other from the beginning.

What does it mean to 'support'?

To know the answer, we have to go back in time and see what the great opportunities were, where China and Pakistan sided with each other. After Pakistan's 'silent diplomacy' during the 1962 China-India War, China sided with Pakistan in the 1965 India-Pakistan War.

The second occasion came in 1968 and the reason was the densely populated area of ​​Badaber, six kilometres south of Peshawar. The area was used by the United States from about 1959 to 1970 to spy against the former Soviet Union. Pakistan openly asked the United States to close it. China was pleased with Pakistan's move and soon after, the Soviet Union invited Pakistan to join the Asian Security Agreement. But Pakistan rejected the invitation.

Similarly, in 1971, Pakistan paved the way for dialogue between the United States and China, which reduced China's international isolation at the time.

What can Pakistan get from the Chinese side?

Pakistan is currently watching the clash between China and India. A few days after the violent clash between China and India, Inter-Services Intelligence convened a meeting at its headquarters, while Pakistan's top military officials kept a close eye on all incidents while supporting China if necessary. At the moment, the three countries cannot afford to go to war. And all three have their own interests in this regard.

China is bordered by 13 neighbouring countries, 11 of which have signed border agreements except India and Bhutan, but China now wants to pursue various economic corridor projects in the region. In view of this, an agreement should also be reached with India.

On the other hand, in 2013, Pakistan was declared a failed country in the world, but despite this, China signed a 62$ billion economic corridor agreement with Pakistan. While this has caused concern around the world, other countries in the region have also struggled to become part of it. Dr. Fazlur Rehman, a researcher at Chinese Studies in Salamabad, says, “This reassurance was very important for Pakistan at the international level, so Pakistan will not only raise its voice against India on principle when the time comes, but also put China's interests first. And the economic corridor is at the forefront of these interests.

Former Foreign Secretary Riaz Mohammad Khan says that the friendship between Pakistan and China is not for anything or for profit. Yes, it is certain that Pakistan will expect support from China on Kashmir dispute. 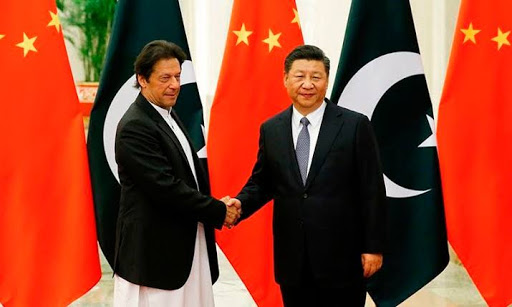