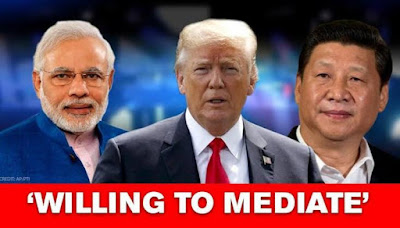 The first contact between the two countries' defence ministers in Moscow was that Russia could be a key player in a ceasefire because of the close ties between the two countries. Beijing has turned down an offer of US mediation, while India has also shown no interest. India and China are moving more aggressively than expected. US President talks to journalists.

US President Donald Trump says US would be happy to help resolve dispute between India and China on the western Himalayan border. Speaking to reporters in Washington, President Trump said the situation between the two countries on the disputed border is extremely tense. He said that India and China were moving more aggressively than expected.

Meanwhile, the British Broadcasting Corporation quoted senior diplomatic sources as saying that Washington was not in a position to mediate due to tensions in Sino-US relations. However, Russia has friendly relations with both India and China, so Moscow can play a very important role in this regard. 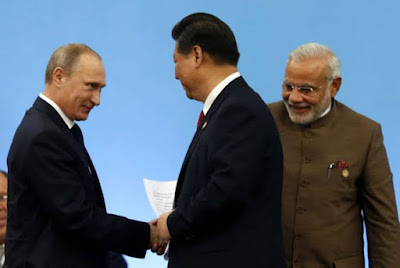 In this regard, talks were also held between the Defence Ministers of India and China in the Russian capital Moscow yesterday. This is the first high-level political contact between the two countries since a bloody clash erupted on the disputed mountain border in June. This is the second visit of the Indian Defence Minister to Russia in this regard.

On the other hand, US official sources said that Washington believes that neither China nor India is interested in taking the dispute to this point, where it comes to regular warfare. Trump, speaking at a news briefing at the White House, said in response to a question about the dispute that Washington was talking to both countries about what it could do to help ease tensions. "We are ready to help China and India get out of this tense situation," he said. If we can do anything, we will be happy to join and help.

Trump has in the past offered to mediate between the two nuclear-armed states, on which China has said it does not need a third party to mediate. India also did not respond warmly to the offer. Meanwhile, the defence ministers of China and India met on the side-lines of the Shanghai Cooperation Organization (SCO) summit in Moscow. 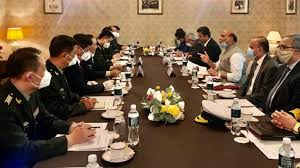 According to Chinese state television, the experts said the meeting provided an opportunity for both sides to exchange views on the current tensions and avoid further confrontations due to "misunderstandings". Indian media claimed that Chinese Defence Minister Wei Feng had requested to meet his Indian counterpart Rajnath Singh on the side-lines of the SCO meeting and the embassies of both countries were working on it. However, the Chinese state broadcaster said there was no such request from China. But Beijing does not rule out efforts to defuse existing tensions through negotiations. The development comes at a time when reports of renewed clashes between the two countries' forces on the disputed Ladakh border surfaced last Saturday and Monday. These included reports of the death of an Indian Special Forces officer. 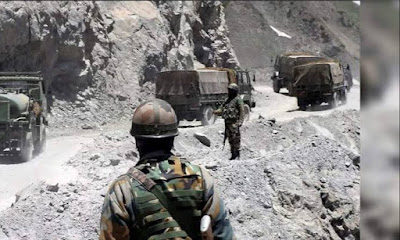 The two nuclear powers, which fought a border dispute in 1962, accused each other of crossing the disputed Ladakh border on Saturday night and again on Monday. An exiled member of the Tibetan parliament, Namghyal Dolkar Lahgiari, said an Indian Special Frontier Force (SFF) officer was killed and another wounded in the latest clash. Earlier, after the worst clash on June 15, in which 20 Indian soldiers were killed, the two countries had deployed tens of thousands of additional troops in the Ladakh region. Both sides blamed each other for the latest clashes.