US President Trump announces peace deal between Israel and Bahrain

US President Trump announces peace deal between Israel and Bahrain 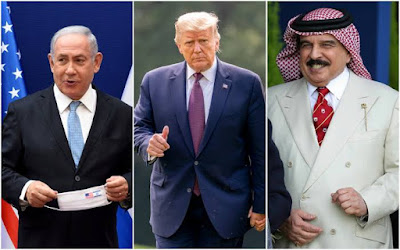 US President Trump has announced that the Gulf state of Bahrain and Israel have agreed to normalize relations. "In 30 days, another Arab country has made peace with Israel," he tweeted.

For decades, Arab states have boycotted Israel, they had the point that they could only establish relations with Israel once the Palestinian issue is resolved. But last month, the UAE backed a peace deal with Israel, after which it became the first country in the Gulf to make peace with Israel. Ever since then, there has been speculation that Bahrain will do the same. President Trump has acted as a mediator in both agreements.

Bahrain is the fourth Arab country to recognize Israel since Israel came into being in 1948. Egypt and Jordan were on the list before the UAE and Bahrain. "Today is another historic milestone," said President Trump. Two of our great friends, Israel and Bahrain, have agreed to a peace deal. President Trump also shared a copy of the US-Bahrain-Israel joint statement on his Twitter account. 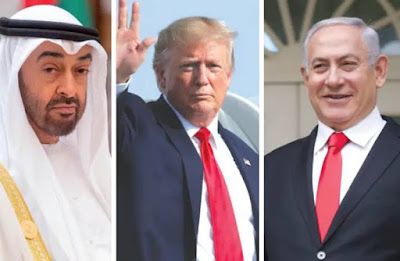 Prior to the UAE's announcement in August, Israel had no diplomatic relations with any Gulf country. Last month, the first direct flight from Israel arrived in the United Arab Emirates, which was hailed as a major step towards normalizing relations.

It may be recalled that Mortanya, a member of the Arab League in North West Africa, had established diplomatic relations with Israel in 1999 but ended it in 2010.